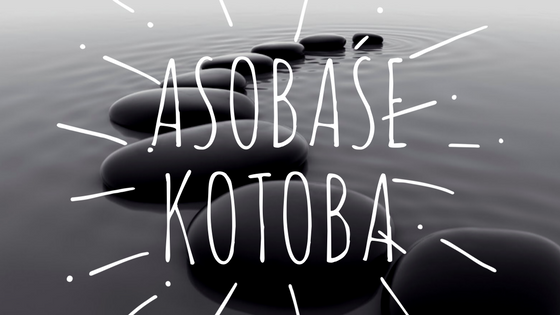 Hi, we are at the Zen Garden at the John Hamann Museum in West Chester County New York, where we’re going to work with the Joseph Campbell quote from Myths to Live By, about Asobase Kotoba.

“There is a curious, extremely interesting term in Japanese that refers to a very special manner of polite aristocratic speech know as play language: Asobase Kotoba. Whereby instead of saying to a person for example, “I see that you’ve come to Tokyo,” one would express the observation by saying, “I see that you’re playing at been in Tokyo.”

The idea being that the person addressed is in such control of his life and his powers that for him everything is a play, a game.

He is able to enter into life as one would enter into a game: freely and with ease.

And now I submit that this is truly a noble, really glorious way to approach life. What has to be done is attached with such a will that in the performance when it’s literally in play.”

Imagine if everything that you did in life was filled with a spirit of play.

As if you were just simply trying to move your little man on the board from one place to another. With the same spirit of fun in the process, in the doing that you have when you’re playing a game.

Just take a moment and imagine what life could be like if it were really fun if it were filled with play.

I encourage you to play the game of life.